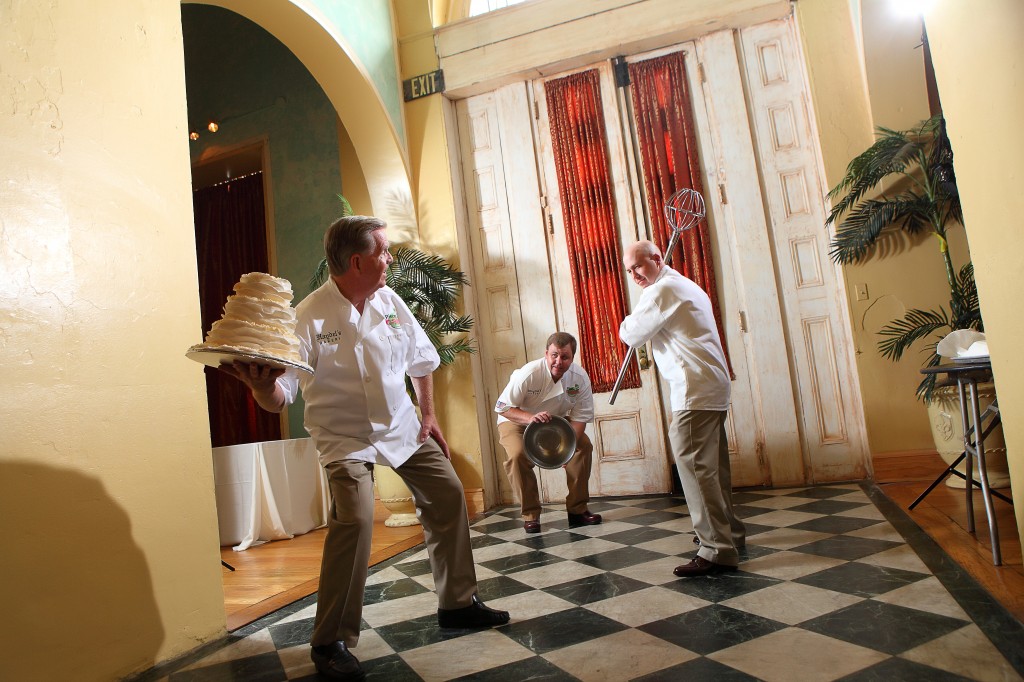 Call it dumb luck, coincidence, or maybe a little hustle, but for some reason, I live on the cusp of meaningless greatness, knocking on the door of insignificant notoriety. Something big (at least in my little world) always seems to be within my grasp. Out of the ordinary opportunity finds me. So as I sat across from Ryan Haydel discussing the possibility of working for him, I wasn’t too surprised when he said, “About the time you would be starting, we’ll begin production on our new reality show.” What luck! I was at just the right place at the right moment, this time for a chance at local stardom and maybe, just maybe something more.

Pitched as a behind the scenes look at daily life in a third generation New Orleans family bakery business, much of the filming for the premier season of “ Piece of Cake” took place during the summer of 2011. (Click on most of the photos in this post for a peak at various episodes). 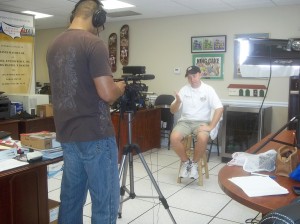 Now every family business has its colorful characters, but in our case, New Orleans itself quickly took the lead role. The Big Easy consistently provides our staff with all sorts of unique real life challenges. Navigating the pothole laden, bumpy delivery routes through the Quarter without a skilled driver at the wheel can take down an entire tier of a masterfully created wedding cake faster than you can say red beans and rice. Without the proper precautions, our world famous humidity can cause icing and other sugary adornments to slip off a cake as quickly as a snoball melts in August. Even the Superdome, home to our beloved Saints, was the center of our “World’s Largest King Cake” project in Episode 1, resulting in two Guinness World Records that still stand today. Off season shenanigans provided plenty of delicious content to fill eight episodes. Oh, but the magic we could have made if we would have been shooting during carnival time. We may have had to bump up to an hour long show to accommodate all the drama and Mardi Gras mayhem!

My handful of brief appearances (Ryan claims they were saving me for season 2) almost always happened on accident when I inadvertently wandered into a scene and then froze on the spot. Typical. I’m at my best in front of a teleprompter. Or behind a keyboard. 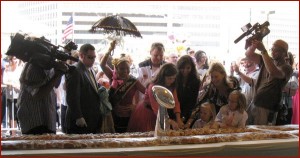 The show aired on our local Fox affiliate and was a hit with the ratings to match. Each day at Haydel’s HQ started with anticipation of a possible national TV deal accompanied by lengthy conversation about how life would surely change. And believe me, we were close. More than once. But it wasn’t meant to be. 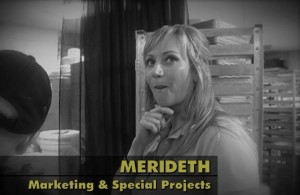 “ Piece of Cake’s” pulse is faint, living on via DVD. I had some good laughs relieving our 15 minutes watching a few episodes again. And I’ll always have Episode 7, when I was not only credited with the Cake Battle idea, but even got my name onscreen, misspelled, but onscreen nonetheless. Savor the moment y’all! – M.T.