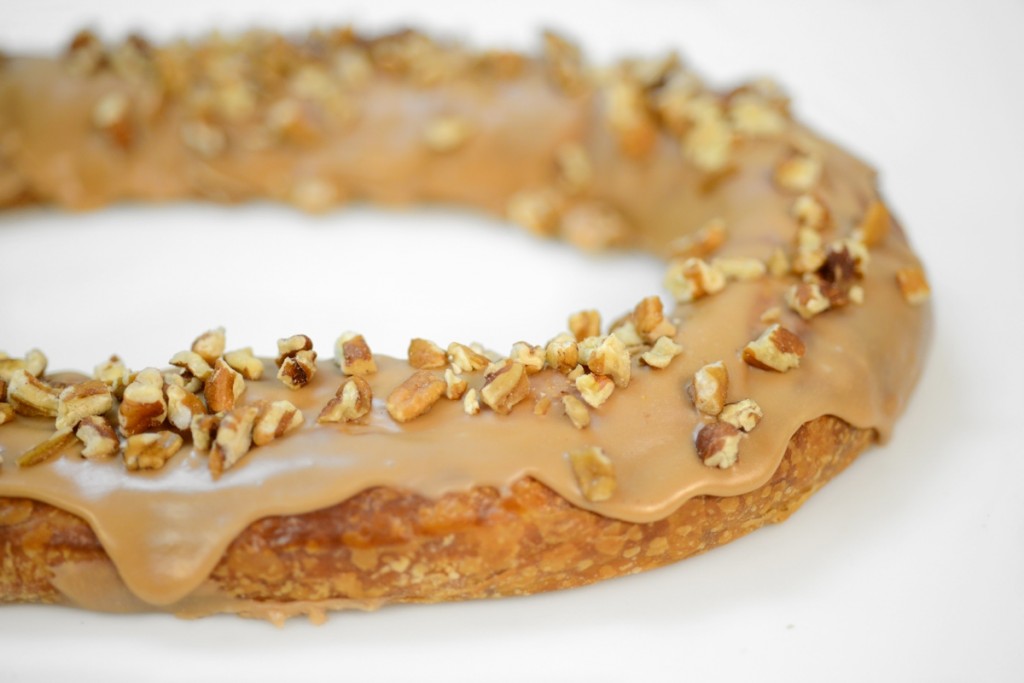 The Cajun Kringle®…flaky, buttery pastry with praline pecan filling, topped with caramel icing and decorated with sweet southern pecans. This one-of-a-kind dessert has become a traditional New Orleans holiday treat since it debuted here at Haydel’s in 1989. The unique blend of southern tastes was born out of David Haydel Sr.’s desire to create something new and unique. After discovering the traditional Danish Kringle popular in the north (Racine, Wisconsin is the Kringle capital of the U.S. as it reportedly has the largest population of Danes outside Denmark and Greenland), Mr. Haydel, son of founder Lloyd Haydel, invented the now legendary Cajun Kringle®.

How does the traditional Danish Kringle differ from the “Cajunized” version? The Danish version originated in Denmark hundreds of years ago and is available in double-digit fruit, nut and gourmet combinations. The Cajun Kringle® hasn’t even hit the quarter century mark yet and there is one available filling…praline pecan.

Haydel’s makes 20,000+ Kringles annually, about 75% of those November through Mardi Gras. Whether gifting yourself or someone else, the lucky recipient always receives the Story of the Cajun Kringle® (printed on the wax paper wrapper), about the generous baker, Alfonse and his encounter with a Kringle-loving gator on the bayou, told in Cajun dialect of course. The story was actually penned by Dave Haydel Jr. for a school project when he was just 15 years old.

Ryan, who was only 10 when the Cajun Kringle® premiered, recalls helping on the production line well into the wee hours of the night because they had oversold, working alongside his father, brother, and even his grandmother. “I had to stand on an old Coke crate to reach the workbench. This was before we’d mastered the assembly line, so I would move the crate down the bench as I worked, hoping off and on, until too many people tripped over it and I was eventually confined to one spot.”

Today, you will still find all three Haydel men making Cajun Kringles® at the bakery. And Ryan could actually still use that old Coke crate to reach the bench.