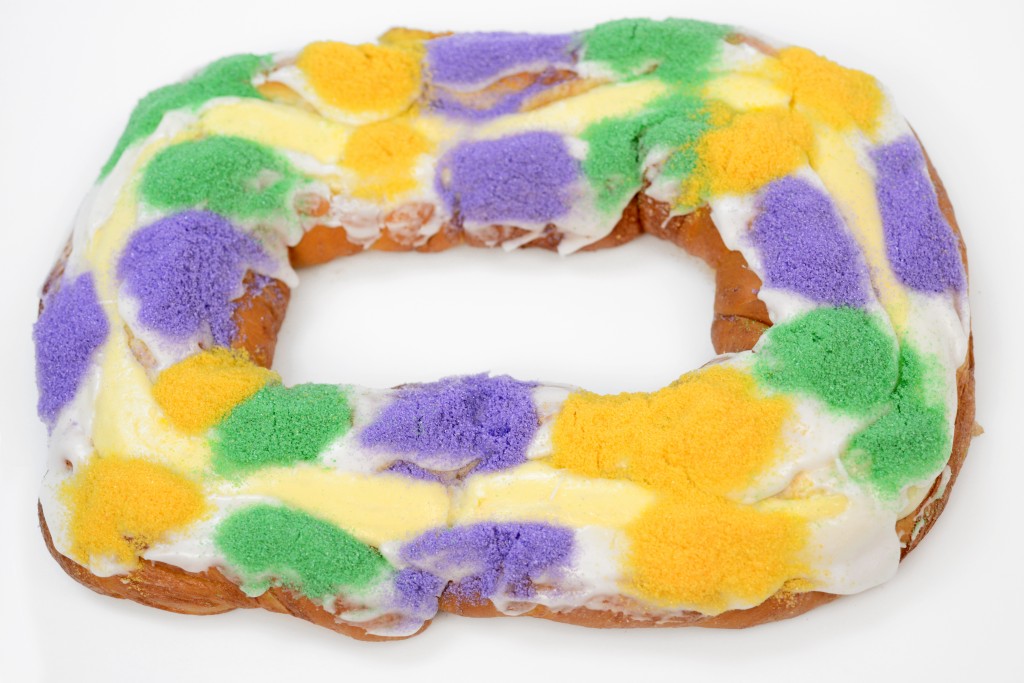 There’s one popular inquiry we get without exception, especially during carnival time when upwards of 50,000 King Cakes are headed out the door depending on the length of the season. Folks, usually new customers, want to know why the filling in our King Cakes sits more atop the dough as opposed to inside it. Don’t go getting your Mardi Gras beads in a tangle. There is a very good reason y’all! 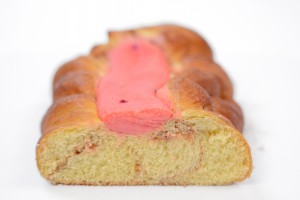 Since Haydel’s began making King Cakes back in the 1970’s, we have hand braided each and every one. (In fact, it is likely that your Haydel’s King Cake was braided by a Haydel family member). We’re big fans of braiding for the simple fact that it ensures the cinnamon and sugar are mixed throughout the entire dough for optimum taste. We want every bite to be as good as the last and as delicious as the next.

That said, it would be pretty challenging to fill a braided dough…and messy too. Instead, we pipe our filling directly on top of the dough before baking creating a valley of sweet and creamy heavenliness in each slice.

“They say it’s what’s on the inside that counts but it’s kinda hard to count when nobody can see your insides.” – The Beauty Inside

I like to think of this visible glimpse of filling as a sneak peak of what’s to come…a tempting tease. It’s kind of like showing a little leg. Hit ’em with a little something, but leave the rest to the imagination for a bit. -M.T. 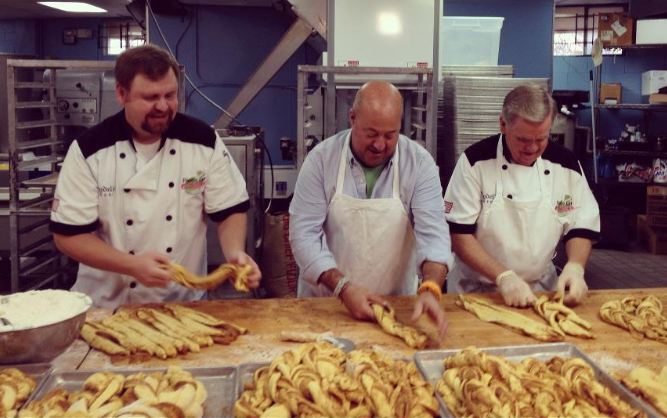