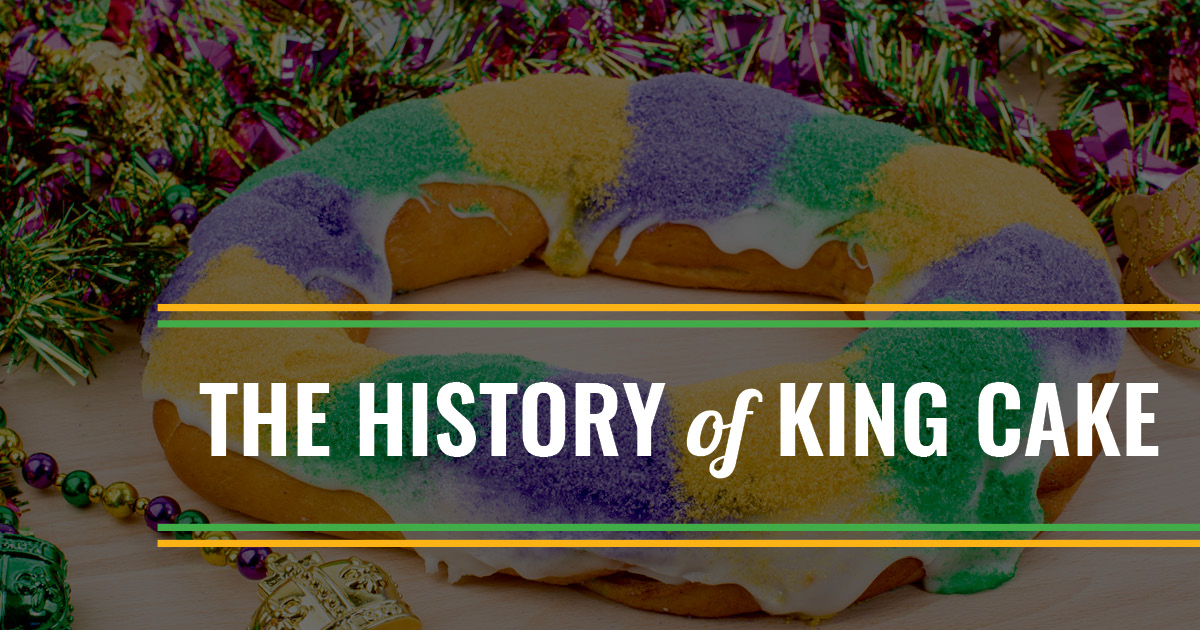 Quick, why do we eat king cake during Carnival season?

You have 10 seconds to answer.

Ok, yes, “because it’s amazing” is technically correct but not the official answer here.

The tradition of king cake goes back over 300 years when it was adopted as a way to celebrate the feast of Epiphany, the Christian holiday that celebrates the visit of the Magi to the Christ Child.

“The Magi” refers to the Three Wise Men, also known as the Three Kings.

As the king cake tradition traveled across the globe and across centuries, it has taken many forms. From the southern French Brioche des Rois (that, honestly, looks pretty weird) to the northern French version, Galette des rois and Mexican version Rosca De Reyes.

But some (us, mainly) say the king cake didn’t reach its full potential until 1964 when Hurricane Betsy leveled a little donut shop in New Orleans.

That shop, Haydel’s Sunny Flake Bakery, was rebuilt by David Haydel and Dottie Freeland. With the new building came a new menu that included wedding cakes, birthday cakes, pastries and of course, their now-famous king cakes.

The recipe has only slight changes since the 60s since the threat of upsetting its loyal fans is far more dangerous than any hurricane.

The third generation of Haydels now protects the recipe. A recipe that in 2016, was used to make over 75,000 king cakes.

GRAB A BOX OF HISTORY FOR YOURSELF.